Well, that magic day has finally arrived...these little tools have been on the drawing board for 3-4 years and this winter I finally got around to actually starting the project. There have been so many delays that it's been beyond ridiculous but at long last I have them ready to go and I must say it is a big relief. I sure hope the next batch goes a little easier.

Anyhow, many have been asking the question, what exactly is a Shutterbug? The Shutterbugs are the third in the Superbug series, basically a mutation of the Original Superbug and the Weevil. I wanted to make a tool that was specifically geared towards photographers, and as many of you know, I am a very serious photography enthusiast and camera collector.

So what features might a photographer's tool have on it and how could I also make it such that it would also appeal to a broad group of non photographers?

Old school FILM cameras, which is what I mostly collect and use, often have button batteries or, in the case of the great point and shoot cameras of the 1990's, a lithium battery. These cameras usually have a little screw on battery cover with a coin slot on it. The Shutterbugs have a rounded nose bevel that will fit coin slot grooves and also double as a tool for tripod bushings which often feature a similar groove. It can also be used for all sorts of general prying and scraping tasks as well.

Next is the "eye" of the tool. Here I have reamed the opening to fit PC flash cord ends. This tool can help the pros who use flash cables to repair an end that has become out of round which appears to be a common issue with these cables.

I include a phillips bit and 1/4" hex opening for the captive bit portion of the tool. For those pros and totally gonzo gearheads such as myself who use RRS ballheads and brackets, I do have a few hex bits on hand that fit the screws...while supplies last. You will have to email me and ask for them though as I only have a couple dozen and they are quite pricey...don't know what RRS is? Don't go there, your wallet and your wife both send their thanks! :)

(Note: Darn it! I just double checked the hex bits which only just arrived yesterday and I have the wrong size. Will have to reorder and send the bit separately later this week to those who have requested for RRS. Sorry about that...thanks.)

To complete the tool and round out the universal appeal, the "butt" end features a flathead screwdriver/prytool and the lanyard opening doubles as an O2 wrench. And of course every photographer and non photographer alike needs a handy cap lifter. ;)

The Shutterbugs weigh 30 grams with the bit. They are 3 inches long and .70" wide, .160" thick and are made of CPM 3v Steel at 58 Rockwell. Concerned about your 3v Steel tools developing patina, ie. rust? Give them a periodic wipe with WD-40 or any kind of oil. This is a pure tool steel that is highly wear resistant and incredibly tough but to achieve that kind of performance it must sacrifice stainless qualities. Also, the O-rings will leave a bit of residue when you roll them on so a little wipe down beforehand will optimize appearance. I did not apply any oil yet as I did not want to stain the insert cards.

There are no variations in this batch. No stamps or special grinds.

The Shutterbugs will be $70 each plus shipping and it is a one per customer sale please as the batch is not very large. I have a second batch that I will be making in titanium later this summer but they will be flat, so an ultralight thin version is in the works.

Thanks for stopping by today and happy clicking this summer!

Shutterbugs are sold out for now, thank you so much! 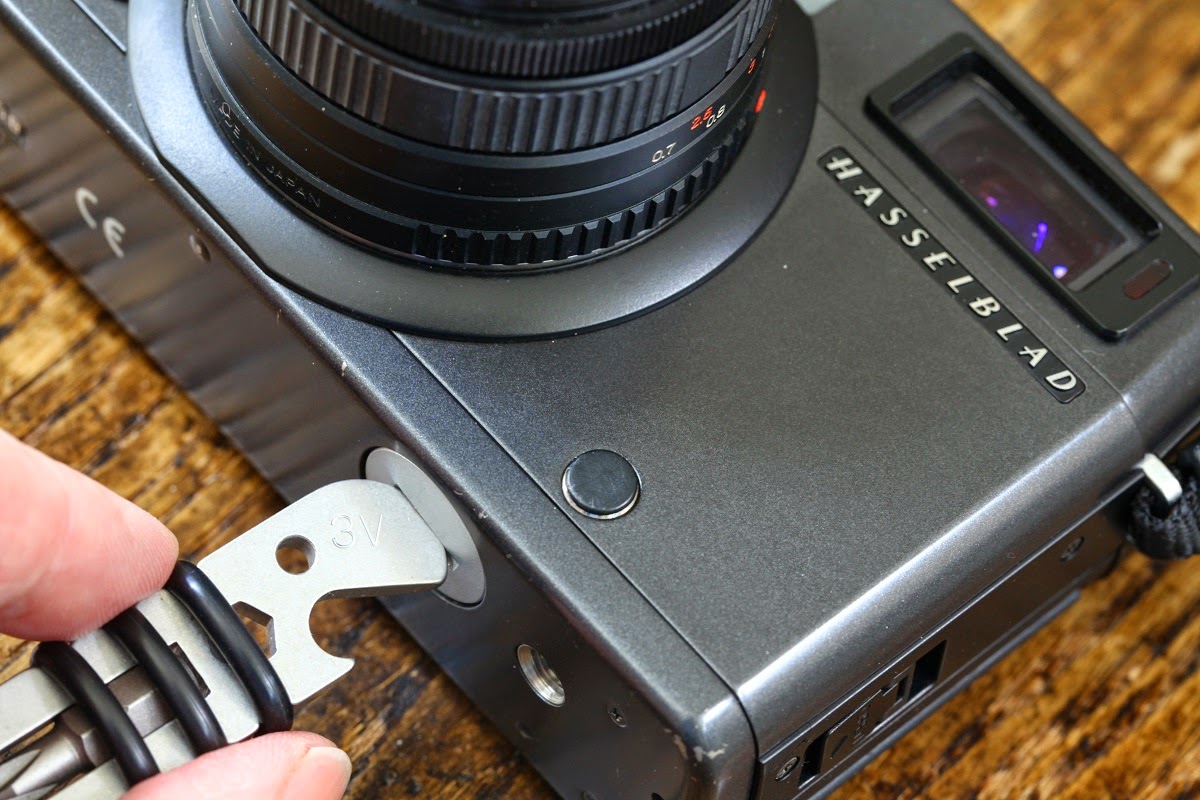 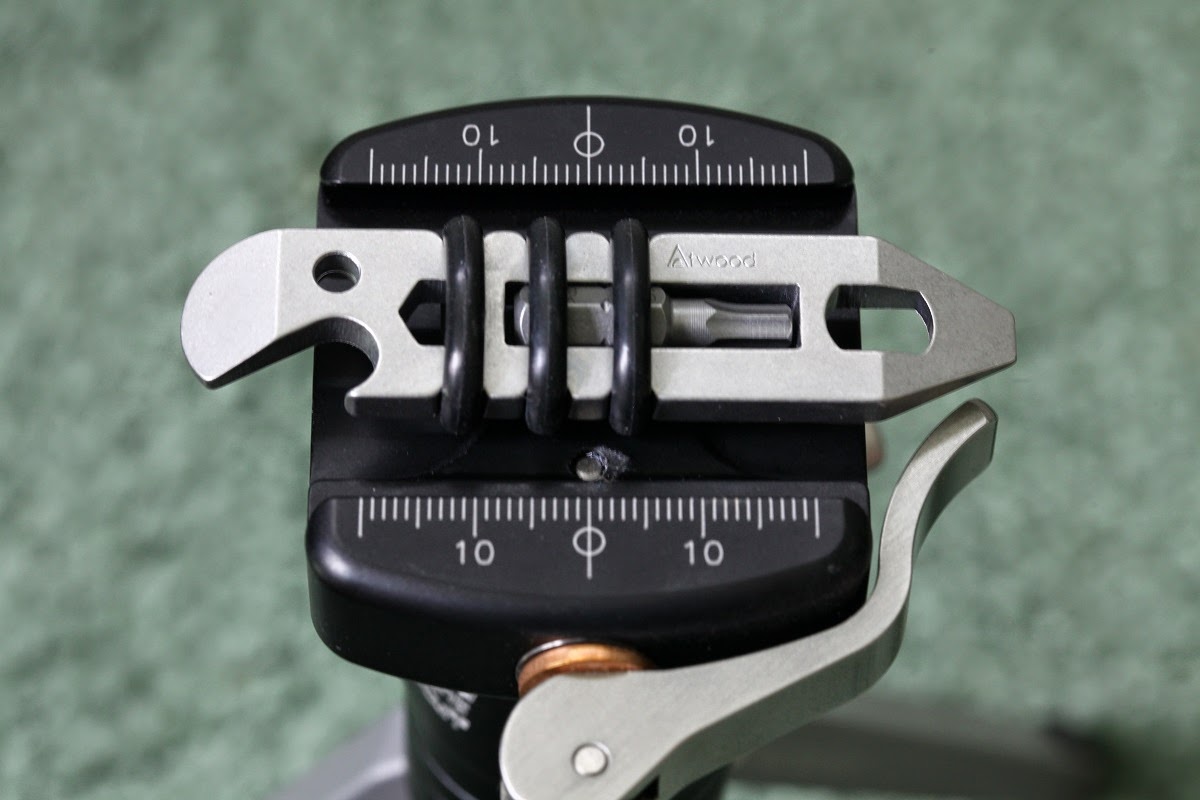 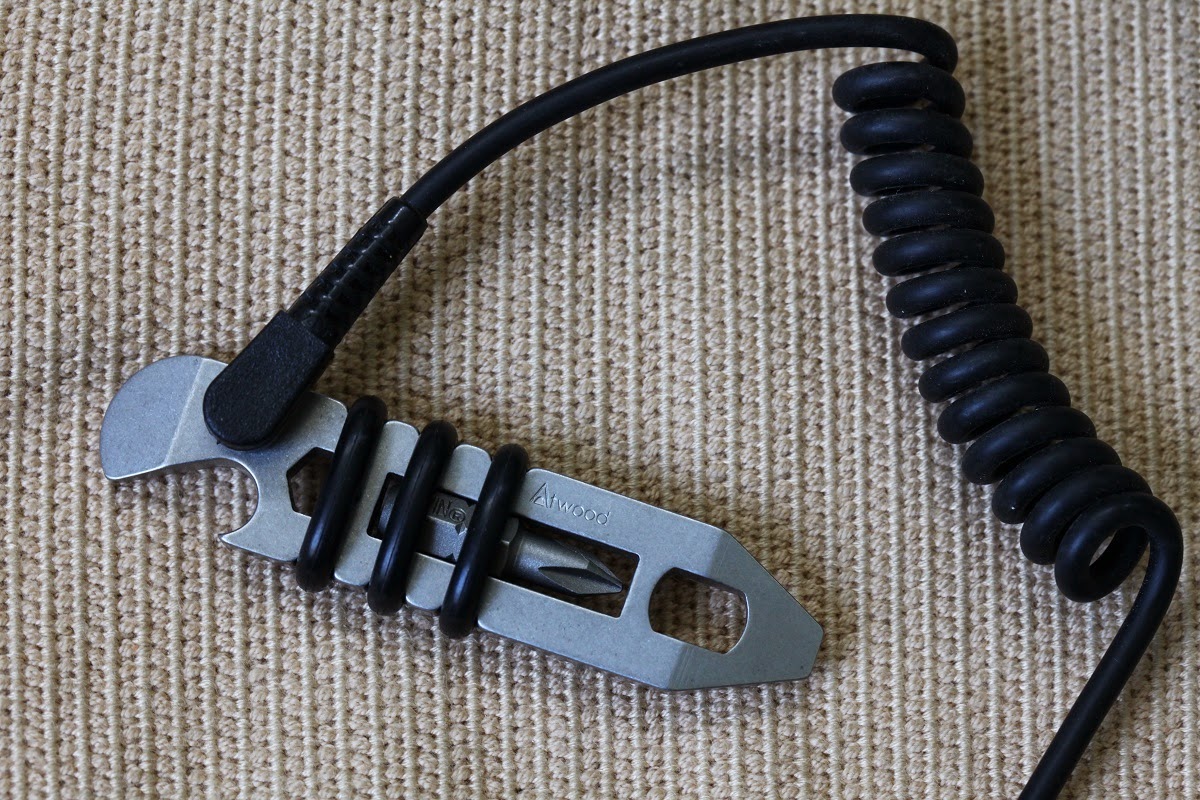 I have some new Terminators to offer...these are made of silicon bronze and feature my cool Satellite design with 5 dots connected by a pinstripe instead of the usual knurling band. I've done this design in the past on some older beads and on a few shotglasses. I always loved the look and I thought it would be great on a Terminator bead. Some of these are already developing a strong patina and have areas of color starting on them which you can continue to develop and nurture by daily handling and use or simply wipe off with a polishing cloth, I'll leave it up to the individual. Personally I like a patina though. The gorgeous Alien/Zombie/Toxic/Chernobyl (whatever you want to call it!) green and black cord is a nifty touch as well. :)

Anyway, these are ever so slightly longer and about a gram or so heavier than the previous Terminators. The runtime is a little longer to machine them as well so these will be $30 plus shipping. I'll make it two per customer as in the previous Terminator sales.  As always, the link to purchase is right above the pictures below. Thanks for stopping in and have a great week everyone!

Thank you so much! These are all gone for now but more will be coming later this summer in copper. 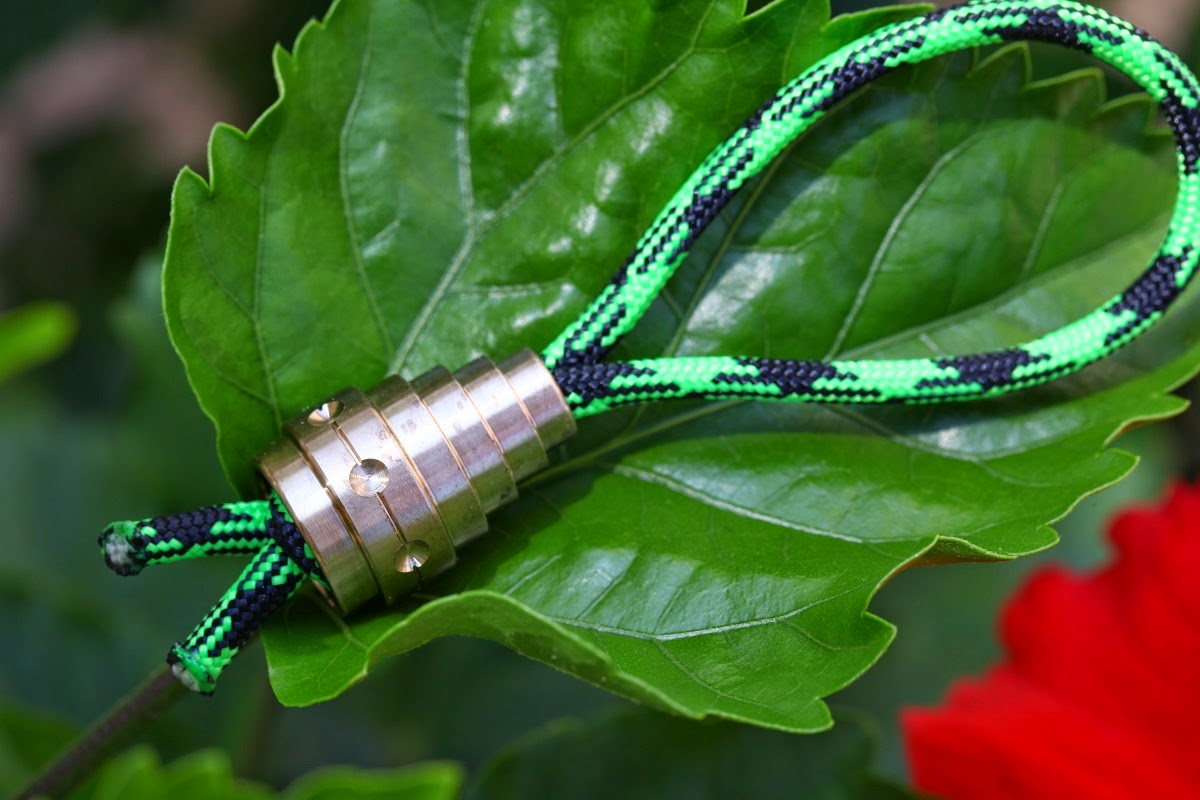 It really has been a glorious summer so far here in New England. Aside from a few sticky days, which are always expected of course, the temps have been pleasant and with the abundant rainfall the landscape is lush and green everywhere. Quite enjoyable for the most part. I'd offer to send CA some of our recent rain but you guys are always sending us your "used" weather and it only seems to go one way. :)

Well, the projects are still humming along although progress has been slow. I am STILL waiting for those darned Shutterbugs to come back from heat treat. They are getting new furnaces installed and are only running at half capacity so high speed steels have been delayed for weeks. However, they are supposed to finally get to them within this next week.

Other upcoming projects include another round of bronze Terminators, this time with a slightly different design. I am working on a variety of other items as well and will be making decisions this coming week on the future projects. Many new drawings are in contention and it's just a matter of figuring out which direction to go in next.

Today I have some titanium Atwrenches completed. These are the usual hefty 5/32 thickness and they have the new style edge grip on them. SAE wrench sizes 1/4-9/16". I have anodized this first wave in a variety of colors ranging from solids to color fades to multi color finishes. I have more of these coming in the next week or two as I am able to finish them and maybe the next round will be plain with no ano. All of these have the regular grinds and no stamps or anything different on this group other than colors.

The Ti Atwrenches will be $70 plus shipping. The batch isn't huge so it will be one per customer on them please. The link to order is below.

Thanks for stopping in and for your patience with my sporadic production patterns. Hope everyone is having a terrific summer as well.

Colored ti Atwrenches are Sold Out for now, thank you! 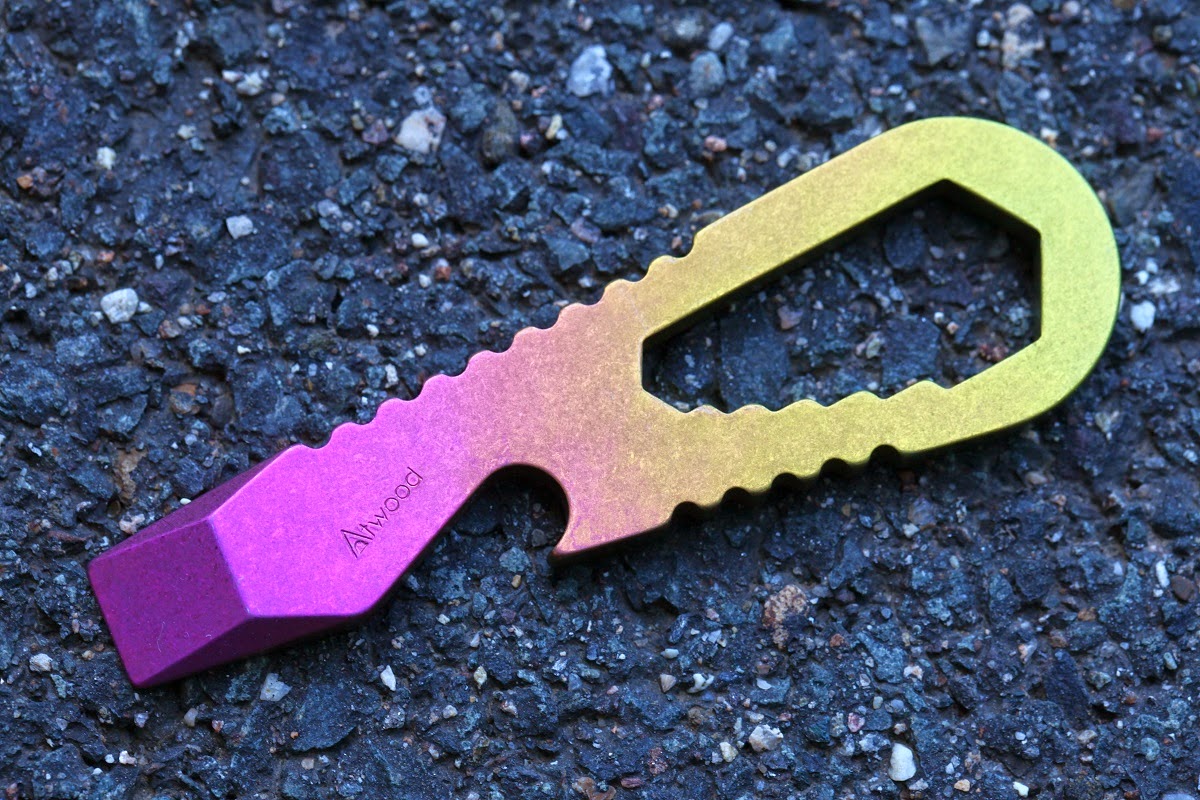 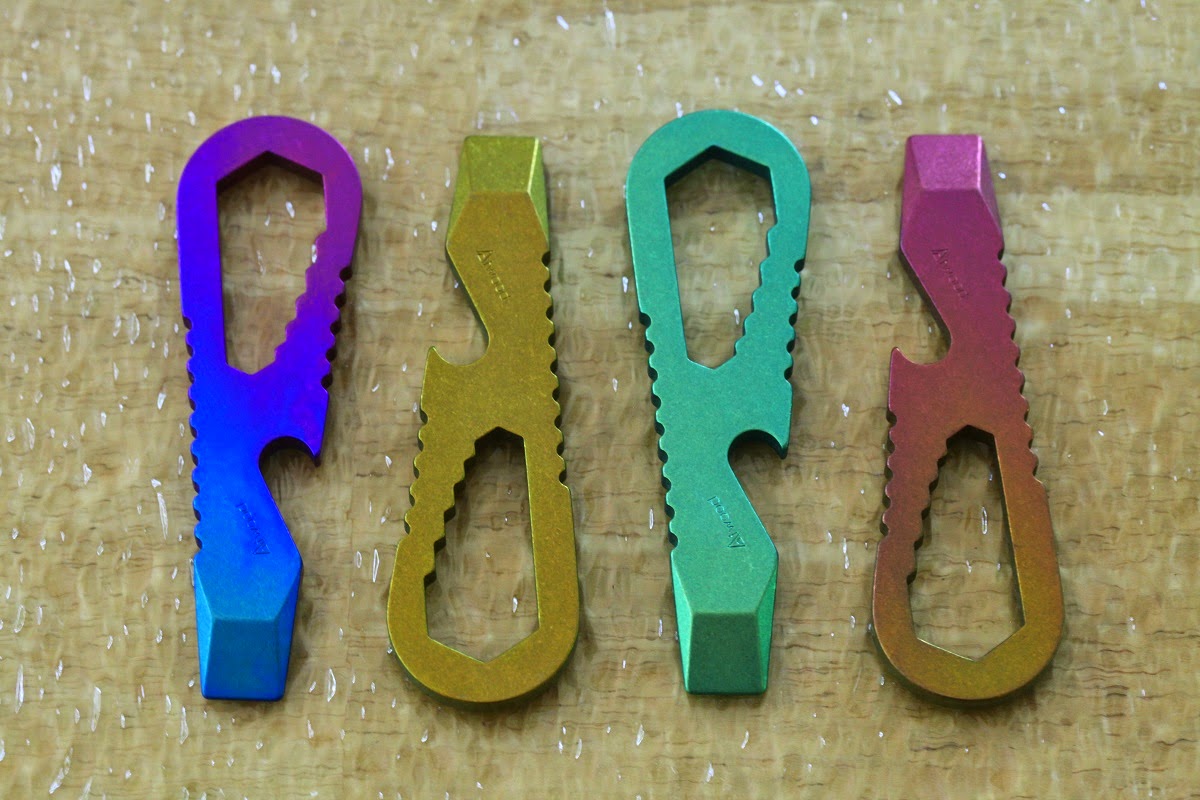