I have a few matte green Perfies available, link is below.

All gone for tonight, thank you. 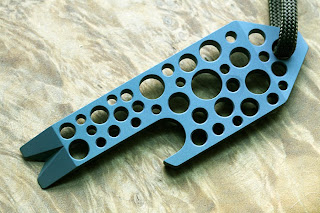 Alrighty then. I have some plain unanodized titanium Perforated Prybabies available today. These have a stonewashed finish. They are $90 plus shipping.

I still have more pieces to process from the batch so there will be more waves beyond this one. I'll probably do some green ones next.

Thanks for stopping by folks, much appreciated!

These are gone for now but there are more on the way, thanks! 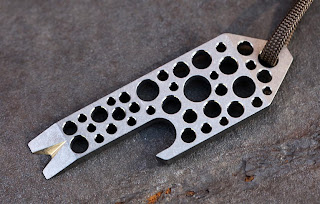 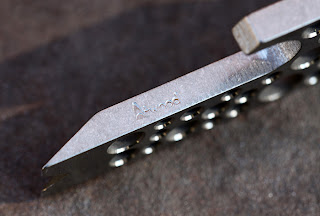 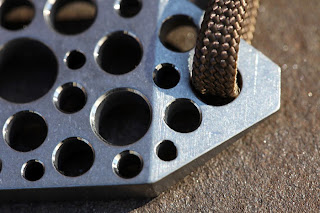 OK, I have the first wave of the ti Perfbabies done. They are slow going to finish them so the quantity is limited, hence I am keeping it at one per customer please. I will be having several waves of these in various colors over the next few days though so there will be several chances to get one.

For my international customers: This is an expensive item so I am giving you a choice of Priority Mail International shipping for $13 but there is no tracking and no insurance possible with this method of shipping. You may choose Priority to save a few bucks and it's no problem, but realize there is no recourse if the package is lost. I also will offer Express Mail International for $28 which does offer tracking and insurance so I leave it up to you. Titanium Perfbabies are $90 each plus shipping. 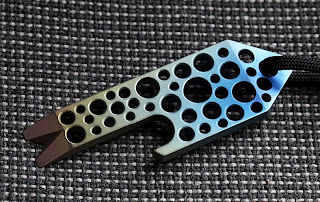 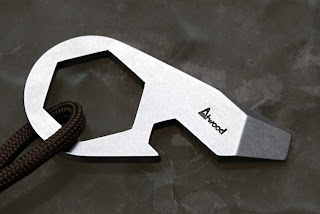 In case you all were wondering what is next...

I sent out the titanium Perforated Prybabies to the tumblers earlier this week. For those unfamiliar with this tool it is a titanium version of the swiss cheese Prybabies that I made a few years ago. The old batch was made in steel. These titanium ones are the thickest Prybabies I have ever done at 3/16 thick and they look very similar to the original design although I did tweak the holes a little. The holes make the Perfies incredibly light at only 1/2 oz each. Speaking of holes, there are 37 per piece and both sides had to be countersunk so they were quite a bit of work besides the usual grinding and milling steps. Due to the extra work involved, the material costs and the waterjet costs these will come in at $90 each plus shipping. I will have them finished and available by the end of next week. As soon as I get them back from the tumblers I will snap a few pictures. I'll be doing a variety of colors.

Other projects: I'm working on some steel G3 Prybabies as well and should have them going in about 2-3 weeks. The next batch of WingNuts will follow that. Another batch of BigShots has been started and I will have regular ones with knurling and also some of the fancier DotShots with knurling. Also in the works is another small batch of Chiggers. And I will be revisiting the original Atwrench design in late November or early December but this time with a metric wrench set, the largest of which will be 15mm.

These are also some more Sign Up Sales coming with a variety of odds and ends in between the larger releases.

Hope everyone has a great weekend!

OK, I was originally concerned about the inability to create mailing lables if someone sent me funds via the recently added "gift" option in Paypal. That problem was solved when I learned about a different way to create the labels. However, I talked to my accountant and it seems that I should not accept payments via the gift option because it could be construed by Paypal as a violation of service terms. So, if anyone sends me a payment with the gift option I will be refunding it and contacting them to resend the payment as "goods". It might be anal but I want to stay out of trouble.
Posted by Peter Atwood at 5:51 PM 5 comments:

And the Winners Are:

Wow, great turn out for this one! :) Here are the list of winners who I will send emails to shortly:

Thanks for signing up folks, I really appreciate it. I will have another one of these sales in the next few days.
Posted by Peter Atwood at 7:08 PM 12 comments:

Alright boys and girls, I have just 15 stonewashed Chiggers with extra grinds available. These have what I call "face grinds" and I think they give the tools a nice look as well as a little extra grip. These will be $55 each plus shipping and the Sign Up Sale will run until 7PM eastern time this evening, Saturday October 10th. Remember, one entry per person please and if you are not familiar with the rules please read them from the link below.

Chigger Sale is over, thanks to all who signed up! 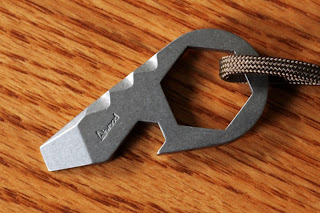 It's been a long week... My cold has been lingering, I bought a new vehicle, projects are being worked on, etc, etc, etc. It's all good though.

Anyway, today I have the rest of the S30v FunnyBones. These have a bead blasted finish and are $50 plus shipping. 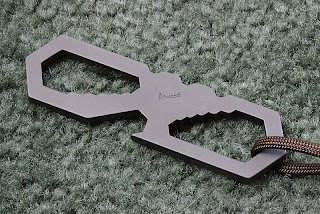 Happy Wednesday! Hope everyone is having a great week.

I have less than two dozen bead blasted basic Chiggers available. They are $45 each plus the shipping and because of the small quantity it's one per person.

Thanks for stopping by, it's much appreciated! 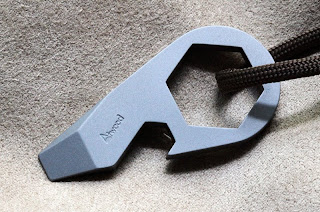 I have just a few bead blasted Mini+ Prybabies® available. They are $45 plus shipping and the link is here: 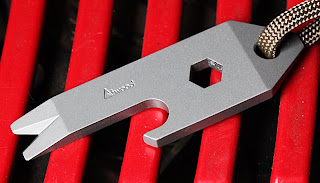