It's another lovely Friday here in western MA. We're having a string of terrific weather lately and it looks like the pleasant temps will continue for the next week at least.

I've been quite busy in the shop this past week and am almost done with my cleanup and reorganization. One of the biggest messes was the older sandblast cabinet system and that's much better now that I have the leaks fixed and put it on a mobile cart so I can move it around and clean under it. I also installed an industrial air hose reel so I can get stray hoses off the floor and stop tripping over them. These changes were long overdue! Little by little these kind of small improvements will make it a lot more pleasant and healthier work environment.

I've also been busy on developing designs and have oodles of new ideas drawn up. I think you will really like some of the stuff coming up this summer and fall...for instance: the P15 Prybaby, a new 3v steel Wedgie design and a reprise of one of the older captive bit designs.

People keep asking about rulers. I have not gone any further on the 3 inch ruler project. I am not sure it will happen this year or not due to the tremendous amount of work and expense that the R25 project ended up taking, far more than I had originally thought and frankly a ridiculous amount of energy spent for such a tiny tool. If I can get a handle on those factors maybe a 3 inch version will be forthcoming but for now it is on the back burner.

I still haven't started grinding the T-Wrex tools beyond a first pass on the edges and an initial tumble but they are on deck for bevel grinding and finishing before they get sent out for heat treat. Mini FunnyBones are very close to a final finish and coming up next, and hopefully to be followed shortly thereafter by the ti Wheelman.

Today I have the Black Delrin 5 Flute Lanslide batch completed. These make a nice companion to the White Delrin Lanslides and once again, are featherlight and quite tough. They will run $25 each plus shipping and no limit on quantity. After these are gone I think I will be moving on from beads for a while and concentrating on tools so this is probably it for at least a couple of months...as usual, order link is below and thanks so much everyone for stopping by!

Black Delrin are gone, thanks again folks and have a terrific weekend! 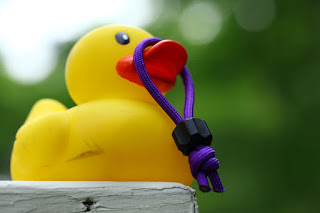 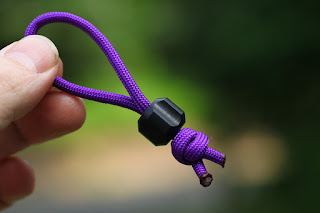 Just missed this one... DOH!